News and updates from the world of Little Flowers By Sligo!

Spending time in nature is beneficial for people of all ages but it is particularly important for children to be close to nature when they are growing up. Through spending time in nature kids will experience a better overall mood, will be less likely to become obese and experience better physical and mental health in general. Whilst it is important for children to spend time in and learn about nature for their own health, it is also important that we teach our children the value of nature so that they can continue to nurture the planet into adulthood. It’s easy to get them learning about nature from a young age with something fun and educational like my Local North East Illustrated Children's Alphabet Book, available soon. 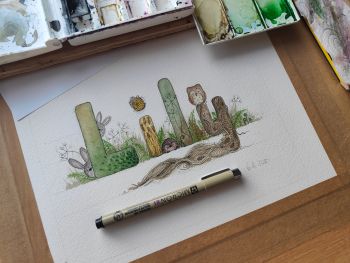 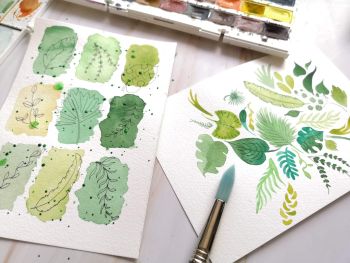 Children today are not spending enough time in nature

Many people in the UK today are experiencing a nature deficit. This is not good for anybody but it can be especially harmful for young developing kids. Nowadays you will not have much difficulty getting a child to be quiet as long as you have some sort of electronic device with a screen that they can play games on. You might also risk an outrageous tantrum trying to confiscate an electronic device from a child who does not want to stop playing their game. But despite their tantrums you are doing your child a huge favour by limiting their screen time and encouraging them to spend more time in nature. This situation has become so severe that in 2016, a survey found that three-quarters of UK children spend less time outdoors than prison inmates.

Children today are more likely than ever before to develop mental health issues such as depression or anxiety. These mental health problems are likely to be partly due to children being presented with a highly warped view of reality through their screens and devices. This is precisely why it is more important than ever for kids to spend time in nature.

It is now more common than you would expect for children in the digital age to be suffering from digital addiction or Internet Addiction Disorder (IAD). An addiction which, as previously discussed, dramatically increases the probability of obesity and of developing mental disorders. Of course, we have all given our children extra screen time so that we can enjoy the peace and quiet. But if this is happening all of the time, the compulsive internet consumption and continually being deprived of nature could be interfering with their brain development.

Why your child should be spending more time in nature

Simply experiencing the sights and sounds of nature can start to reverse the increased anxiety they might be feeling due to excessive screen time. It might be a slow process to begin with but eventually children can be deconditioned from thinking that nature is boring and that electronic devices are the only way to have fun. It’s especially important to try and show children the fun that nature has to offer from a young age as it only gets harder to get through to them as they get older.

Plus, if you want another reason to get your kids outside in nature, just think about the good it will do for your bank balance. Electronic devices are typically very expensive items and on top of that you have to pay for a lot of the games on them. But nature is free and it can provide just as much entertainment as an electronic device! You don’t have to pay to listen to the birds, to appreciate the changing of the seasons or to learn about plants and animals. 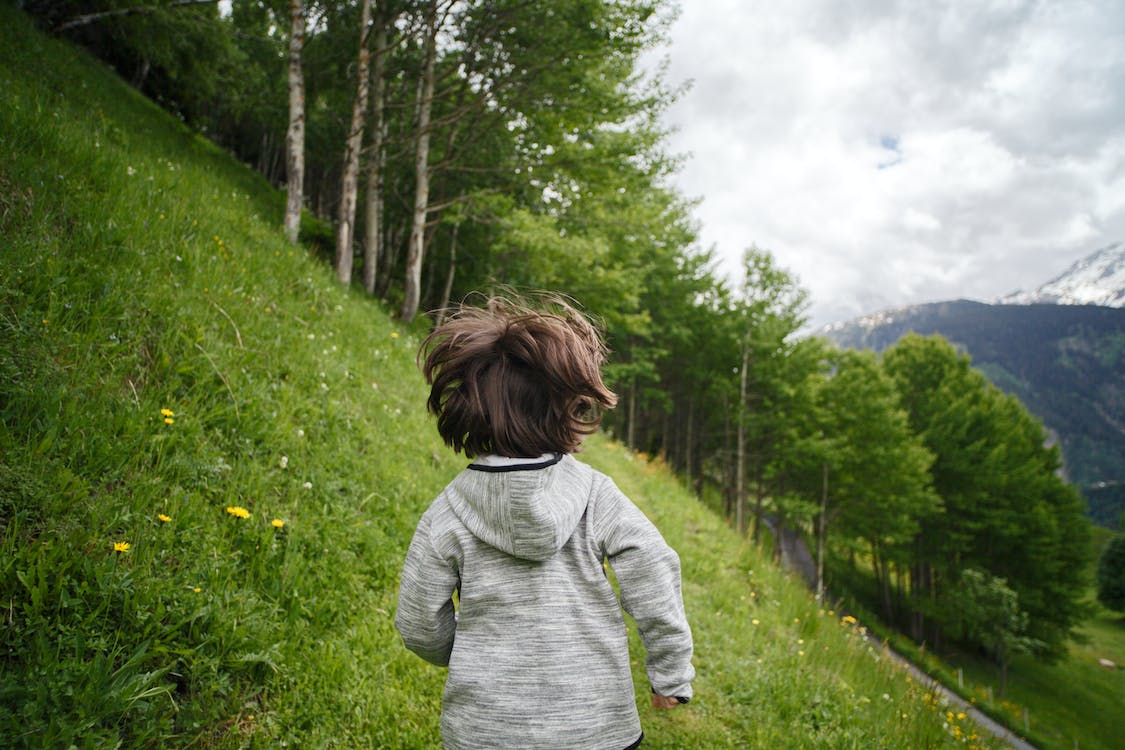 The physical and developmental benefits of kids spending time in nature

Spending more time outdoors is great for keeping kids active. This can decrease their chances of becoming obese and experiencing the health consequences associated with this. But it will also have the knock on effect of improving their concentration. We all know how hard it can be to retain the attention of a child who is usually surgically attached to their iPad. Additionally, spending time in nature offers some respite from busy schedules to learn and play at the same time.

The importance of nature is also demonstrated by the developmental benefits. Children grow their confidence by playing outside as they will become better at making their own decisions. Nature also helps children to develop creativity and a natural curiosity of the world around them. When they are not confined by the rules of an iPad game, they are free to run around, pretend to be something/someone else and essentially just do whatever they want. Spending time in nature is also the best way to teach your child why nature is worth looking after and why they have the responsibility to look after it.

There is now a fast growing body of evidence to suggest that time spent in nature is linked to healthy physical and mental development in new-borns, and their ability to assess and take risks from a young age. Children who don’t spend much time in nature tend to do most of their learning from screens or from other people. But being out in nature allows them to see things with their own eyes and learn using their own senses. However, perhaps the most valuable trait your children can develop through spending time in nature is resilience. They won’t have all of their usual comforts immediately available to them and will be forced to confront new challenges. This is a valuable life lesson and an aspect of their character that they will be glad to have developed early when they get older. 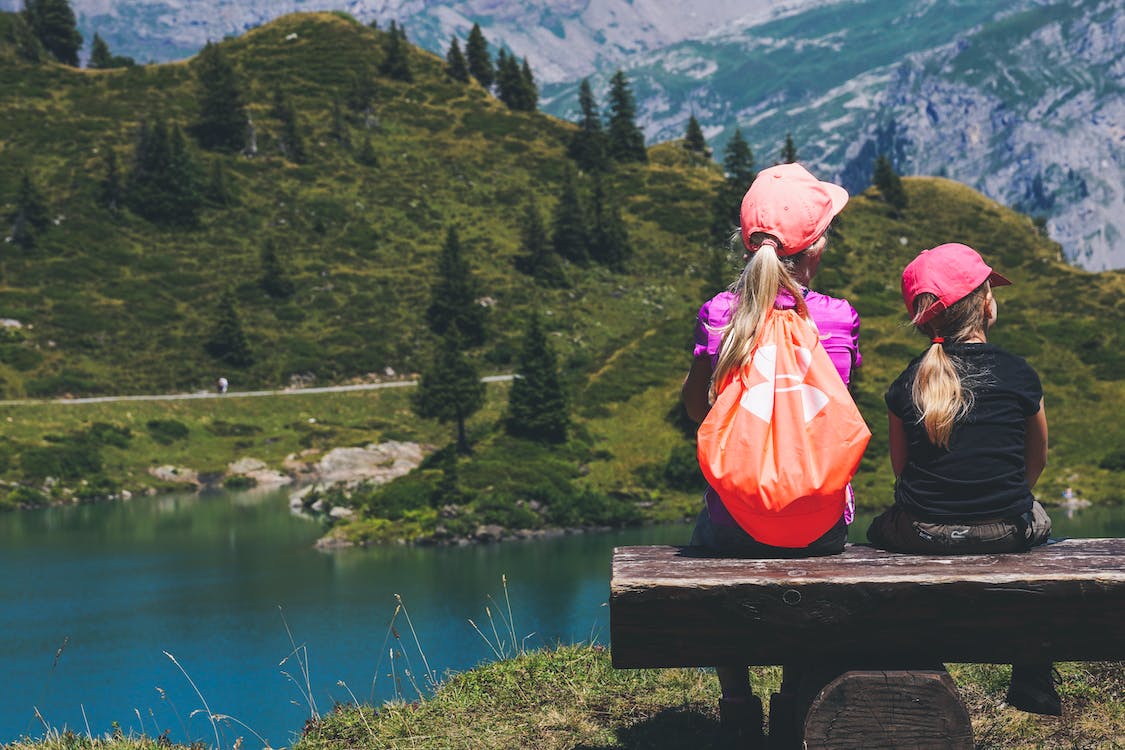 Get your kids away from the screens and out into nature!

It is more important than ever for kids to be spending less time in front of screens and more time playing outside. Not only for their physical wellbeing but also for their mental health. Try as hard as you can to make playing outside a part of their daily routine or they may never get the chance to learn to respect and connect with nature. If we can teach our kids to respect and value the natural world around them then they are much more likely to want to protect it when they grow up.

Teach your children about nature with my fun Local North East Illustrated Children's Alphabet Book, which celebrates the beauty of the North East countryside. Join the waiting list to be the first to hear when the book is released!